No thanks to elitist judges like Marian Blank Horn of the US Federal Claims Court, military sexual harassment is at least as bad or worse today than it was back in 1987.  I filed a wrongful termination lawsuit against the US navy at the time, due to sexual harassment, retaliation, slander and sabotage while assigned to the USS Point Loma in the 1980s.  I was denied promotion to lieutenant commander and retention on active duty after 10 years of service.  What I sought was reinstatement with back pay and correction and/or removal of naval records.

This case sat in Judge Horn’s court for 4 years before a decision.  No hearing, no trial, no deposition.  Oral arguments were heard between lawyers, and I was not invited to attend.  The case was dismissed on summary judgment in 1991, citing deference to military authority.  It was a 28(!) page decision, which attempted to defend the indefensible, falling way short of the mark.  Yet, the handling of this case is typical of the way other military veteran cases are handled by the federal court system.  The term “deference to military authority” is a well used term used by many courts.  The judge stated that I failed to prove my case before the court, suggesting that it is impossible to prove a “he said, she said” encounter with no witnesses.  But, the case was about more than that.

Judge Horn, since I never got to see or speak to you personally, the whole point of filing suit was to get a hearing, a trial, a deposition, or maybe even a real investigation to determine that.  What the navy did was a sham and a coverup designed to discredit me, and there was plenty of evidence to show that.  The navy’s sham investigation revealed the harassing officer changed his story at least twice, other officers were allowed to state any irrelevant, discrediting, dishonest thing they wanted about me, while admitting they knew nothing about the incident.  From the first time I reported for duty on the ship, there was a climate of repeated sexual misconduct that was condoned and covered up.  I was also slandered and sabotaged by another female officer trying to eliminate her competition.  There was plenty of evidence to support that as well.  I suffered damages, and I deserved due process to seek redress.  But, it’s all too late for that now, isn’t it?

Judge Horn, your failure to recognize what has become a widespread problem in the military today ought to make you regret your decision.  Not only is sexual harassment a problem, but sexual assaults and rape are on the rise, and these victims have suffered the same outcomes.  Military commanders will side with the perpetrators in most cases, those that are favored by the CO.   The military still won’t police itself, but you would rather look down your nose at us veterans as if we don’t deserve justice.  Thanks for nothing.

This site uses Akismet to reduce spam. Learn how your comment data is processed. 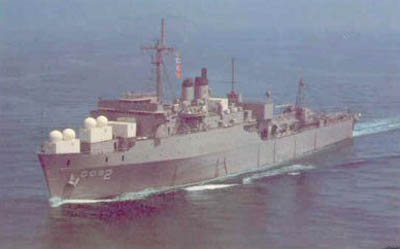 women in the navy